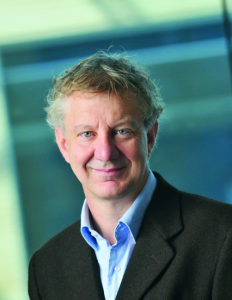 InterfeRx is a spin off company in the Life Sciences Centre, UBC whose mission is to develop and bring to clinical trial novel broad-spectrum anti-viral drugs.

The foundation of InterfeRx is our Intellectual Property based on our exciting finding that a secreted metalloproteinase from macrophages targets viral infected cells, crossing the plasma membrane and nuclear envelope and functioning thereafter as a transcription factor (Marchant et al. 2014, Nature Medicine). Unexpectedly, MMP12 bound a specific sequence in the promoter of IkBα and turned on gene transcription. This was essential for secretion of the anti-viral protein Interferon-α. Mice deficient in MMP12 died of virus infection. Thus MMP12 inside the cell is protective. However, MMP12 also had a homeostatic role in the extracellular environment. Outside the cell MMP12 was identified as the primary enzyme that clears Interferon-α from plasma and infected tissues. This removes the antiviral protective factor.

We developed a novel compound that was a selective MMP12 inhibitor in order to stabilise Interferon-α and increase life-saving Interferon-α levels in the plasma and tissues. With key chemical modifications to the structure of the inhibitor we prevent MMP12 crossing through the cell membrane and so preserved the life-saving antiviral intracellular functions of MMP12. Virus infected mice treated with the InterfeRx antiviral drug showed a dramatic increase in systemic Interferon-α levels, that was associated with the elimination of viral replication in infected tissues and with a marked decrease in viral load.

Thus, the mission of InterfeRx is to bring this broad-spectrum anti-viral compound to human clinical trials . 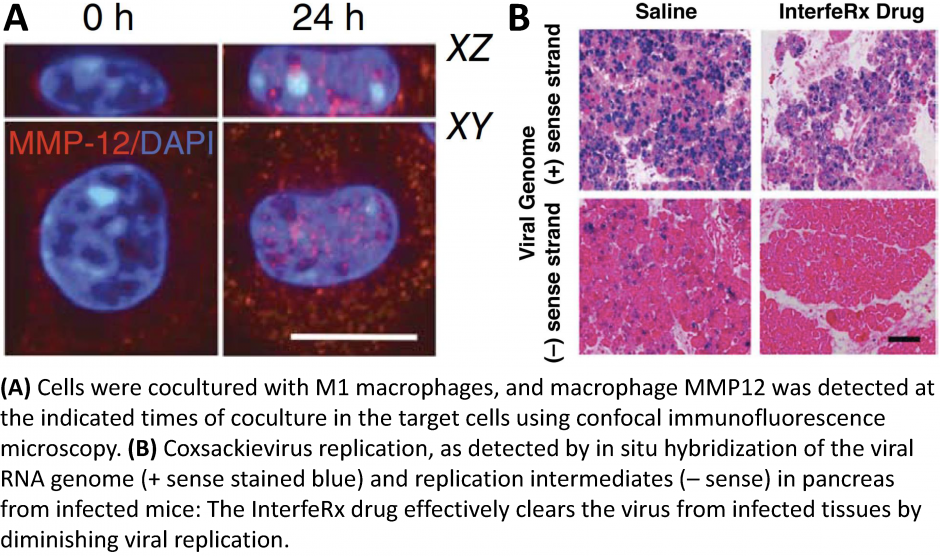